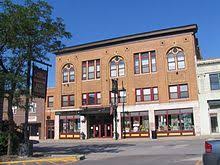 Blue Island is a city in Cook County, Illinois, located approximately 16 miles (26 km) south of Chicago’s Loop. Blue Island is adjacent to the city of Chicago and shares its northern boundary with that city’s Morgan Park neighborhood. The population was 23,706 at the 2010 United States Census.

Blue Island was established in the 1830s as a way station for settlers traveling on the Vincennes Trace, and the settlement prospered because it was conveniently situated a day’s journey outside of Chicago. The late-nineteenth-century historian and publisher Alfred T. Andreas made the following observation regarding the appearance of the young community in History of Cook County Illinois (1884), “The location of Blue Island Village is a beautiful one. Nowhere about Chicago is there to be found a more pleasant and desirable resident locality.”

Since its founding, the city has been an important commercial center in the south Cook County region, although its position in that respect has been eclipsed in recent years as other significant population centers developed around it and the region’s commercial resources became spread over a wider area. In addition to its broad long-standing industrial base, the city enjoyed notable growth in the 1840s during the construction of the feeder canal (now the Calumet Sag Channel) for the Illinois and Michigan Canal and as the center of a large brick-making industry beginning in the 1850s, which eventually gave Blue Island the status of brick-making capitol of the world. Beginning in 1883, Blue Island was also host to the car shops of the Rock Island Railroad. Blue Island was home to several breweries, who used the east side of the hill to store their product before the advent of refrigeration, until the Eighteenth Amendment made these breweries illegal in 1919. A large regional hospital and two major clinics are also located in the city.

Although initially settled by “Yankee” stock, Blue Island has been the point of entry for many of America’s immigrants, beginning in the 1840s with the arrival of a large German population that remained a prominent part of the city’s ethnic makeup for many years. By 1850, half of Blue Island’s population was either foreign-born or the children of foreign-born residents. Later, significant groups came from Italy, Poland, Sweden and Mexico.

The city is one of eleven incorporated areas in Illinois to have been designated by the White House as a “Preserve America” community.

It is highly recommended that you get a complete professional home inspection done on any home that you purchase in Blue Island. The unique architecture and ornate Victorian homes may have surprises or complications that an experienced home inspector can identify in their home inspection report.

We have inspected many homes in Blue Island community, and have many years of experience with the homes in the neighborhood! Call us today to schedule a Blue Island home inspection.

Chicagoland Home Inspectors Inc. provides home inspection services in the Blue Island community, and have many years of experience with the homes in the neighborhood!

We offer sellers pre-listing inspection check on Blue Island homes with a detailed report of needed repairs before the property is put on the market.

The Blue Island home inspection offers detailed reports, if the property is a REHAB HOME.

If you’re buying a home in the Blue Island area, get it tested for radon. Radon gas is the number one cause of lung cancer among non-smokers, and the second leading cause of cancer in America. 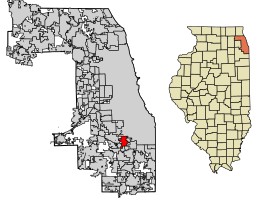