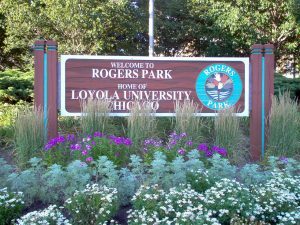 Edgewater is a lakefront community area on the North Side of the city of Chicago, Illinois seven miles north of the Loop. As one of the city’s 77 official community areas, Edgewater is bounded by Foster Avenue on the south, Devon Avenue on the north, Ravenswood Avenue on the west, and Lake Michigan on the east. Edgewater contains several beaches that residents enjoy during the late spring, summer, and early autumn. Chicago’s largest park, Lincoln Park, stretches south from Edgewater for seven miles along the waterfront, almost to downtown. Historically, Edgewater was the northeastern corner of Lake View Township, an independent suburb annexed by the city of Chicago in 1889. Today, the Uptown community is to Edgewater’s south, Lincoln Square to its west, West Ridge to its northwest and Rogers Park to its north.

It is highly recommended that you get a complete professional home inspection done on any home that you purchase in Edgewater. The unique architecture and ornate Victorian homes may have surprises or complications that an experienced home inspector can identify in their home inspection report.

Edgewater was first developed around the 1880s as a summer home for Chicago’s elite. Today, it provides the northern terminus of both Lincoln Park and Lake Shore Drive. With the exception of pockets acknowledged as historic districts (like the Bryn Mawr Historic District), east-Edgewater (Edgewater Beach) boasts a skyline of high-rise apartment buildings, condominium complexes, and mid-rise homes. To the west, Edgewater is characterized by commercial businesses; single-family homes; and two-, three-, or four-story flats, including the historic neighborhood of Andersonville.

We have inspected many homes in Edgewater community, and have many years of experience with the homes in the neighborhood! Call us today to schedule an Edgewater home inspection.

Developers began buying up orchards and truck farms, and cutting down the dense woods in the Lake View Township (of which Edgewater was a part) in the 1880s to make way for future development. From 1870 to 1887 the population of the township, then north of the City of Chicago, grew from 2,000 citizens to 45,000. As a result, there was growing need of more public-service access, and Lake View was annexed to Chicago in 1889 as a way of meeting those demands.

In 1885, the northeastern section of Lake View was given the name Edgewater by prominent developer John Lewis Cochran. He built the first residential subdivision in the area. Many of his homes can still be found in the Lakewood Balmoral Historic District. After a few years, Edgewater was celebrated as a wonder as it became “the only electric lighted suburb adjacent to Chicago”.

Cochran was originally a tobacco salesman from Philadelphia who moved to the area in 1885. Upon arrival, he took his Philadelphia culture and geography with him to the area. This can be seen best by the names of the streets in Edgewater. Every street in Edgewater at the time was named after a train station on the former PRR Main Line, and most still exist to this day. This includes:

Chicagoland Home Inspectors Inc. provides home inspection services in the Edgewater community, and have many years of experience with the homes in the neighborhood!

We offer sellers pre-listing inspection check on Edgewater homes with a detailed report of needed repairs before the property is put on the market.

REHAB A HOME INSPECTION IN EDGEWATER

The Edgewater home inspection offers detailed reports, if the property is a REHAB HOME.

If you’re buying a home in the Edgewater area, get it tested for radon. Radon gas is the number one cause of lung cancer among non-smokers, and the second leading cause of cancer in America.