Skokie is a village in Cook County, Illinois, United States, neighboring the City of Chicago’s northern border. Skokie lies approximately 15 miles north of Chicago’s downtown loop. Its name comes from a Potawatomi word for “marsh.” For many years Skokie promoted itself as “The World’s Largest Village.” Its population, according to the 2010 census, was 64,784. Skokie’s streets, like that of many suburbs, are largely a continuation of the Chicago street grid, and the village is served by the Chicago Transit Authority, further cementing its connection to the city.

Skokie was originally a German-Luxembourger farming community, but was later settled by a sizeable Jewish population, especially after World War II. At its peak in the mid-1960s, 58% of the population was Jewish, the largest percentage of any Chicago suburb. In recent years, several synagogues and Jewish schools have closed. However, Skokie still has a very large Jewish population and an active Chabad. It is home to the Illinois Holocaust Museum and Education Center, which opened in northwest Skokie in 2009.

It is highly recommended that you get a complete professional home inspection done on any home that you purchase in Skokie. The unique architecture and ornate Victorian homes may have surprises or complications that an experienced home inspector can identify in their home inspection report.

We have inspected many homes in Skokie community, and have many years of experience with the homes in the neighborhood! Call us today to schedule a Skokie home inspection.

Chicagoland Home Inspectors Inc. provides home inspection services in the Skokie community, and have many years of experience with the homes in the neighborhood!

We offer sellers pre-listing inspection check on Skokie homes with a detailed report of needed repairs before the property is put on the market.

REHAB A HOME INSPECTION IN SKOKIE

The Skokie home inspection offers detailed reports, if the property is a REHAB HOME.

If you’re buying a home in the Skokie area, get it tested for radon. Radon gas is the number one cause of lung cancer among non-smokers, and the second leading cause of cancer in America. 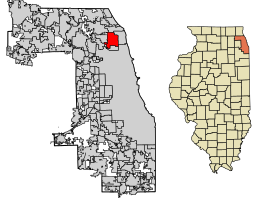